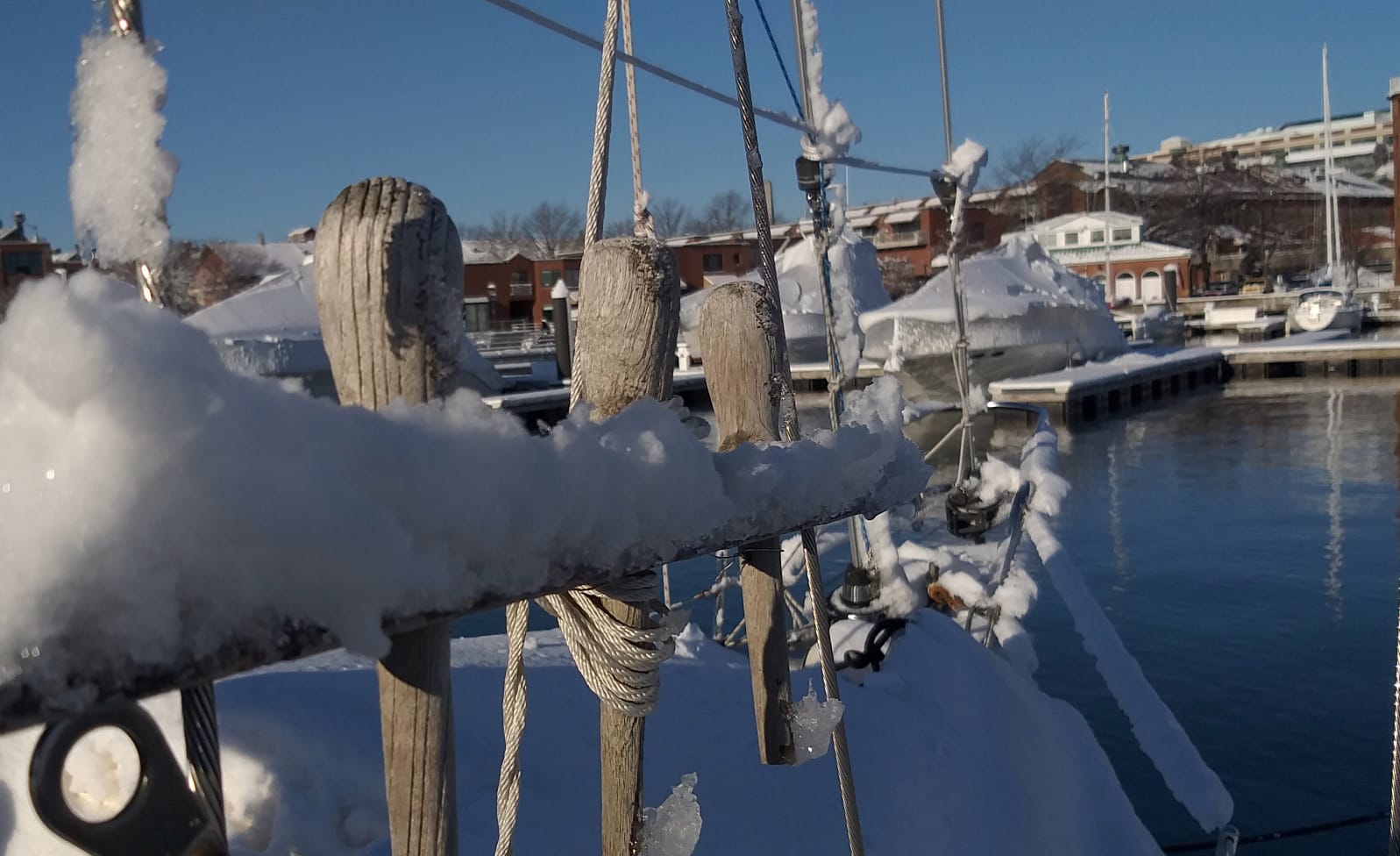 In Boston, as far as I can tell from two winters spent in the Harbor, winter comes late but comes hard.

The winter of 2014/2015 was all about my writing. I received advance copies of my first book, Blue Water Dreams, and opened the box on the water taxi dock for the Spaulding Rehab center. I flew out of Logan for my West Coast book tour, and I used the Boston Yacht Haven “captain’s lounge” as a room of my own while shredding and reconstructing Heart of the Lilikoi.

The snow hit at the end of January and fell incessantly until everything was drift and piles. Our bicycles were mastadons awaiting the end of an ice age and we walked down shoulder-high snow corridors to the train at South Station.

This year, there was a November snow (what?!?) and a little something in December, but February has been the snowy month once again.

I’ve been working more on the boat than on my writing, but I have a short story under consideration and another almost ready to submit. I can’t stop thinking about Monty (protagonist of my WIP, The Pound), but I’m still seeking the unbroken thread of capital-S Story in the vignettes of her life.

As spring approaches, I will hope that the seeds of imagination I planted in India sprout and that I get Monty’s fascinating life and loves on the page in a way I like.